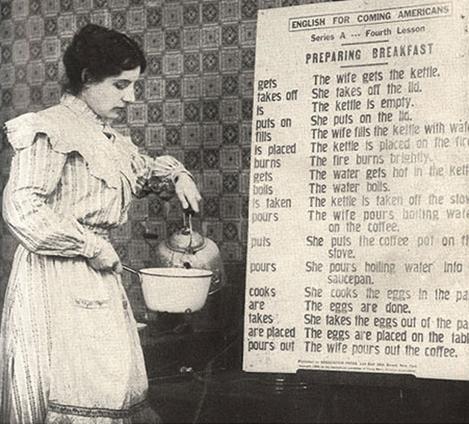 If you’re bilingual and living in the UK, you’re walking around with a rare and incredibly valuable skill. Despite being a multicultural country, the UK is still way behind when it comes to the proliferation of polyglots. In the UK, just 7 percent of the population claim to be bilingual; compare this to the 20 percent in the US and you’ll soon see just how far we have to go.

So, this makes you one of a pretty small minority, and as such, you can take advantage of a range of opportunities that simply do not exist for the majority of your compatriots. Not only can you apply for the increasing number of well-paid foreign language jobs out there, but you can also show off your language skills when travelling abroad.

So here are five reasons why being bilingual really is the business..!

1. You can apply for lots of jobs potential competitors can’t!

The demand for bilingual employees in the UK is on the rise, with two-thirds of UK businesses identifying a need to recruit staff with foreign language skills. Such is the dearth of talented foreign language speakers in the UK, that this shortfall is even threatening to stifle the economy. So, your luck’s in!

The ability to speak more than one language is a very saleable skill, and as we’ve identified above, the demand for bilingual workers is far outstripping supply. A survey of 2,700 employers found that polyglots can expect to earn an extra £3,000 a year for their additional language, which equates to a total of £145,000 over their working lives. Employers paying the national average salary of £25,818 are also willing to pay as much as 12 percent more for a second language.

3. You get to go on those exciting overseas trips

Fluency in another language means when your employer needs someone to travel abroad to meet an important client or supplier, your ability to communicate on their terms and understand the cultural nuances gives you a great chance of landing the job. You are automatically more versatile, which makes you more valuable too!

4. You have a unique set of skills

Being bilingual is a lot more than a simple selling point on your CV. Research has shown that the ability to speak another language can improve problem-solving skills and the ability to multi-task. Polyglots are also better negotiators as they are able to see the same situation from an entirely different perspective. Bilinguals also tend to judge risk differently in a second language, which leads them to make more rational economic decisions.

5. Your memory will get an all-important boost

Anyone who has tried to learn another language will be aware just how much brain space all that vocab requires. Studies have shown that bilinguals will almost always perform better in memory tests than those who only speak one language. This is not just a great cognitive skill, but a valuable social skill too!

How we can help?

If you’re looking for the perfect platform to show the benefits of your bilingualism, we can help. We offer quality foreign language jobs across the South Coast, so take a look at our candidates’ page and submit your CV today.