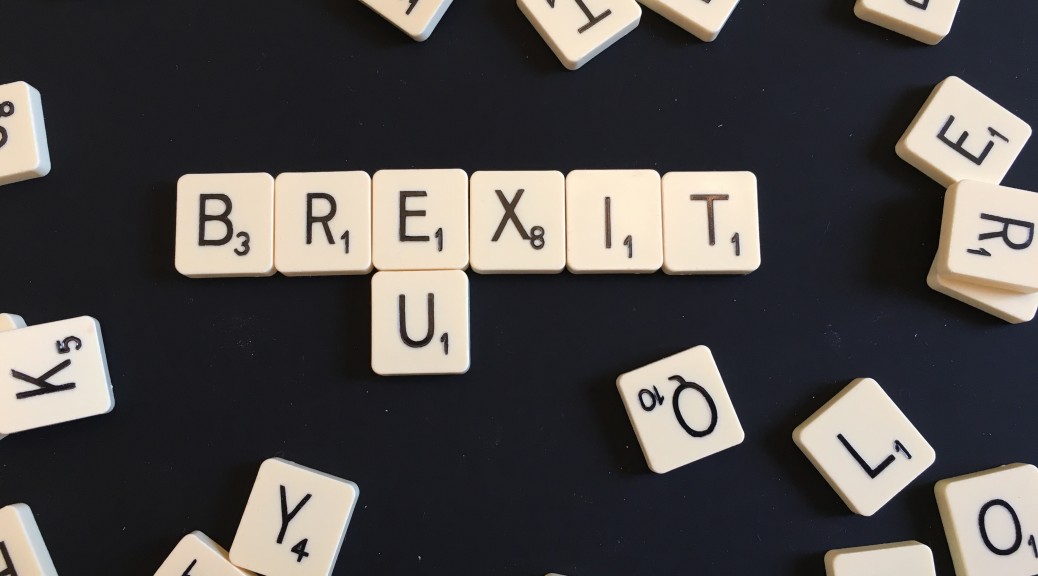 There probably aren’t many talking points bigger than ‘Brexit’ right now in the UK. For those of you without a firm grasp of your political abbreviations, Brexit is the shortened form of ‘British exit’, and it refers to the possibility that Britain will withdraw from the European Union. The recent local elections received a pretty abysmal turnout, but the up coming in-out referendum on the UK’s EU membership, to held on June 23, has got everyone talking.

The reason so many people are interested in the ‘should we stay or should we go?’ question right now is because the potential impact of a vote to leave will be felt in so many different ways. The effects are even likely to reach all you bilingual job seekers in one way or another. So, if you’re interested in the health of the bilingual jobs market, what do you need to know?

There could be more jobs for British bilinguals

According to recent research by Oxford University’s Migration Observatory, most EU citizens currently working in the UK would not meet existing visa requirements for non-EU foreign nationals who apply for jobs here.

The study shows there are almost 2.2million EU workers in the UK, making up about 6.6 percent of the total workforce. Many of these work in sectors where bilingualism is not a prerequisite for the role, such as manufacturing, retail, hotels and restaurants. However, there are also many who work in skilled roles, such as banking and finance, where the ability to speak a second language is essential.

The study acknowledges that Britain would likely change its immigration requirements if we voted to quit the EU, potentially easing the rules to allow some immigration. Legal experts also suggest that those already in the country would be entitled to stay.

However, if the UK was to leave the EU, there’s likely to be many more bilingual roles that would need to be filled by British bilingual speakers. This is due to the fact that immigration rules would be likely to tighten.

What impact would this have on the economy?

Although jobs would be easier for British bilinguals to find, companies in the UK already admit to struggling to employ bilingual speakers with the skill sets they need, and that’s with the current influx from the EU. Research for the Department of Business, Innovation and Skills found that a lack of language skills in the UK is costing the economy around £48bn a year. If we leave the EU this skills deficit is likely to worsen, as one employer speaking to the Financial Times explains:

British bilinguals who want to work in the EU

If Britain were to tread the Brexit path, life could be made more difficult for British bilinguals looking for opportunities to work in the EU. If we vote ‘yes’ in June, UK citizens could have to satisfy more restrictive rules on getting a work permit, setting up a business, studying and bringing family members to join them in EU member states.

Although this doesn’t mean UK bilinguals won’t be able to find work in the EU, they probably won’t be able to come and go quite as easily as they can now. The rules are likely to be more restrictive, which could make it difficult to find that dream bilingual job abroad.

Brexit or no Brexit, at Linguistica Recruitment we’re here to help you find top bilingual job opportunities on the South Coast of England. Please take a look at our latest bilingual vacancies and send us your CV today. 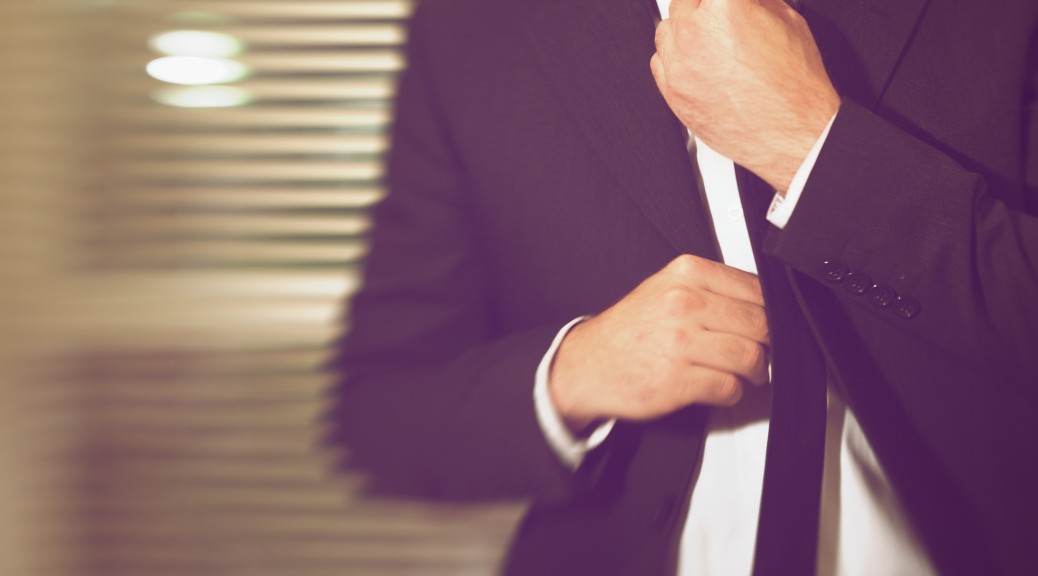 The good news is that landing your first bilingual job fresh out of university is now easier than ever before. Modern language graduates are in demand as UK businesses increasingly seek individuals with the skills to help them flourish overseas. And it’s not just the same old global brands that are seeking to fill their positions with bilingual speakers. Thanks to globalisation and the ease with which businesses can now do business abroad, an increasing number of small UK businesses are looking to fill graduate level roles with second language speakers.

With that in mind, here are 5 top tips to help you land your first bilingual role after completing a modern languages degree:

1. Identify opportunities in your chosen sector

Graduates of modern language are now in demand across many sectors of business and industry, in roles that extend well beyond interpretation and translation to encompass everything from banking and finance to marketing, new media and I.T. Even new Met Police recruits must be able to speak a second language.

If you’re considering sending off speculative CVs to companies in your chosen sector, be specific. Employers don’t like vague applications. Pick something that most suits your interest, experience and skills and demonstrate your passion and knowledge for that particular path. Following your interests and choosing a sector you have a genuine passion for will allow your enthusiasm to shine through.

2. Don’t think of your first bilingual job as your defining role

Many graduates think their first job will make or break their future careers. It won’t. Getting any role where you can use your bilingualism is a huge plus, whether that’s as a customer support representative, an administrator or any other starting role.

Most employers will look for bilingual speakers with skills in other aspects of business and finance, so this is a great way to increase your experience while putting your language skills to practice in a professional environment.

3. Harness the power of social media

Love it or loathe it, social platforms like LinkedIn and Twitter are increasingly powerful tools in your bilingual job search. LinkedIn is undoubtedly the most valuable social tool for graduate job seekers.

LinkedIn is regularly scoured by recruiters and even the employers themselves for individuals with the linguistic skill sets they need. Of course, it goes without saying to keep all your publicly accessible information employer-friendly. Here are a few way you can use LinkedIn to fast track your bilingual job search.

It might be a terrible management buzzword, but being proactive plays a huge part in not only finding a bilingual job more quickly, but also in finding a role you’re likely to enjoy. You should see your bilingual job hunt as a continuous process as there’s always something else you can do.

Firstly, signing up with a specialist language recruitment agency is a great place to start. But don’t just sit back and wait for a job to be found for you. Following the industries and sectors of work that interest you the most can help you move in the right circles. Narrowing your search to particular employers you know hire bilingual speakers and sending an enquiry is an excellent way to show just how much you want to be part of their team.

Finally, a politely worded email to individuals already working in the type of role you want is an effective way of finding out if any more opportunities are coming up.

There’s always stiff competition for graduate jobs in the UK, but your bilingualism is an incredibly valuable asset in the current jobs market that will give you a real boost. If bilingual opportunities in your area are few and far between, consider moving. Your opportunities will be far greater in London than in a regional market town. Most importantly, don’t give up on your dream job. Whatever you have to do to pay the bills in the meantime, always keep your eye on the prize!

Send us your CV today

If you’re looking for your first bilingual job on the South Coast of England, please send us your CV. We can help you find a role in your chosen sector and get the invaluable professional experience you need. Alternatively, for more information, please call 02392 987 765 or email: info@lingistica-recruitment.com today. 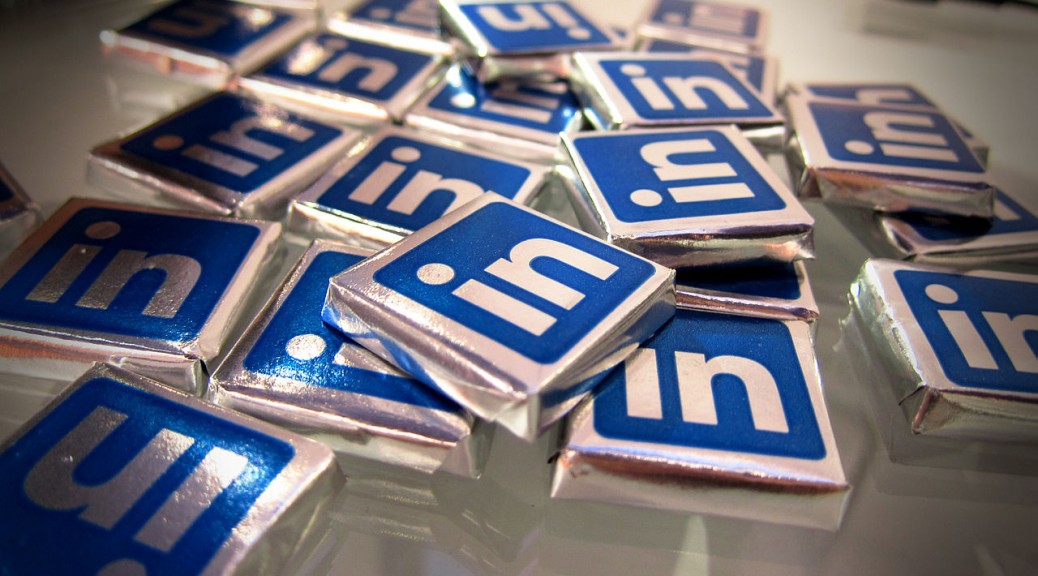 In some cases, social media can be as much of a hindrance to your job prospects as a help. We’ve all heard those stories of job applicants’ hopes being dashed by their latest Facebook posts, but LinkedIn is your opportunity to put your professional face forward.

LinkedIn is your resume online. It is searchable by employers and recruiters, and with bilingual speakers in such high demand, using LinkedIn in the right way could help you find your next job. In this post, we’re going to take a look at 5 ways you can use LinkedIn to attract attention in all the right ways.

1. Make it easy for recruiters and employers to find you

Most recruiters and employers have the luxury of being able to wait for jobseekers to come to them, but with bilingual speakers in such high demand, recruiters commonly use tools like LinkedIn to headhunt prospective applicants.

To give your LinkedIn profile the best chance of catching a recruiter’s eye, you need to make sure it’s searchable. Your LinkedIn headline allows you to sum up who you are, and the kind of role you are looking for. Recruiters will use straightforward keyword searches, so by including terms such as ‘bilingual speaker’ and the job roles you’re interested in, you increase your chances of being found.

Following companies you’d be interested in working for gives you access to information you might not otherwise be able to find. You’ll receive updates when people leave or join the company and when new jobs are posted. LinkedIn company pages will also show you if any of your contacts know people who work for these organisations. That could provide a potential way in.

Be specific about the skills you have and make sure these correlate with opportunities you’re looking for in the future. Below the ‘Experience and Education’ section you’ll find ‘Skills & Expertise’. This is where you can tell potential employers exactly what you can do. Your connections can then ‘endorse’ these skills, adding credibility and trustworthiness to your profile. Previous employers can add references to your profile. This is exactly what recruiters and prospective employers will want to see.

4. Showcase your work wherever possible

LinkedIn allows you to upload websites, publications and presentations to your profile. So, if you have a piece of work you are particularly proud of that perfectly demonstrates your skills, make sure you upload it. For example, if your last role was as a bilingual marketer or content creator, upload some of the resources you were responsible for producing.

5. Keep your profile up to date

As bilingual recruitment specialists, we are always on the lookout for talented bilingual speakers on the South Coast of England. If that sounds like you, please get in touch to discuss your requirements or submit your CV today.