The UK has a productivity shortfall compared with other developed countries that will not go away. Despite working longer hours than many of our continental cousins, there’s an estimated productivity gap of as much as 20 or 30 percent.

Why? Well, that’s a question some of the country’s leading economic minds are trying to solve, but simply put, we’re working harder and not smarter. With Brexit on the horizon, it’s more important than ever that we find new ways to compete on the global stage, and creating a more dynamic and productive labour force will be a key part of that.

Sweden has long been the envy of much of Europe with its high levels of worker productivity, and recently, the Swedish government even trialled six-hour working days. So, just what can we learn from Sweden to fix the UK’s enduring productivity puzzle and boost the morale of employees?

An expression that’s common in Sweden is ‘lagom’, which means ‘just the right amount’. That is at the core of the Swedish approach to productivity and business culture. Swedish workers are encouraged to do what needs to be done and to do it well, rather than taking on unnecessary work or doing multiple jobs at the same time.

Rather than being a desirable attribute for an employee, in Sweden multi-tasking is viewed more negatively as an inability to prioritise effectively. Similarly, rather than working longer hours, it is ingrained into business culture that employees should leave work on time. Failure to do so is seen as an indication of poor planning and time management.

Swedish employers have learned that their employees are much happier and perform better if they’re given time during the day to take a break. That has given rise to the ‘fika’ break in Swedish businesses, which is often translated as ‘a coffee and cake break’. This is a time where colleagues can take a break, eat a snack and relax with their colleagues away from their desks. They then return to work revitalised and ready for the rest of the day.

Although that may seem like much too simple a solution to a very complicated problem, it’s much more effective to work at 80 percent productivity for 90 percent of the day, rather than working at 60 percent for the whole day.

There has been a huge shift in the attitudes of UK employers towards workplace flexibility over the last couple of years. That’s perhaps not surprising given that workers who are given the option of flexible working are taking less time off and working more productively. However, there’s still a long way to go to catch up with the Swedes.

Sweden ranks among the world’s leading countries for work-life balance, with flexible working being the norm rather than the exception. The key is that work never comes before home-life priorities, and that helps to create a happy and efficient workforce.

Offering flexibility to employees doesn’t have to be difficult. Given the tools and technology employers have at their disposal, creating a schedule that works for everyone can be easily achieved, helping to save time, reduce costs, increase happiness and, ultimately, solve the UK’s enduring productivity puzzle.

Find bilingual jobs in the UK

Whether you speak Swedish, German, French, Mandarin, Spanish or more, we’re always on the lookout for talented bilingual candidates for leading employers across southern England.

Take a look at our current vacancies or call 02392 987 765, email info@linguistica-recruitment.com or get in touch on Facebook to discuss your requirements. 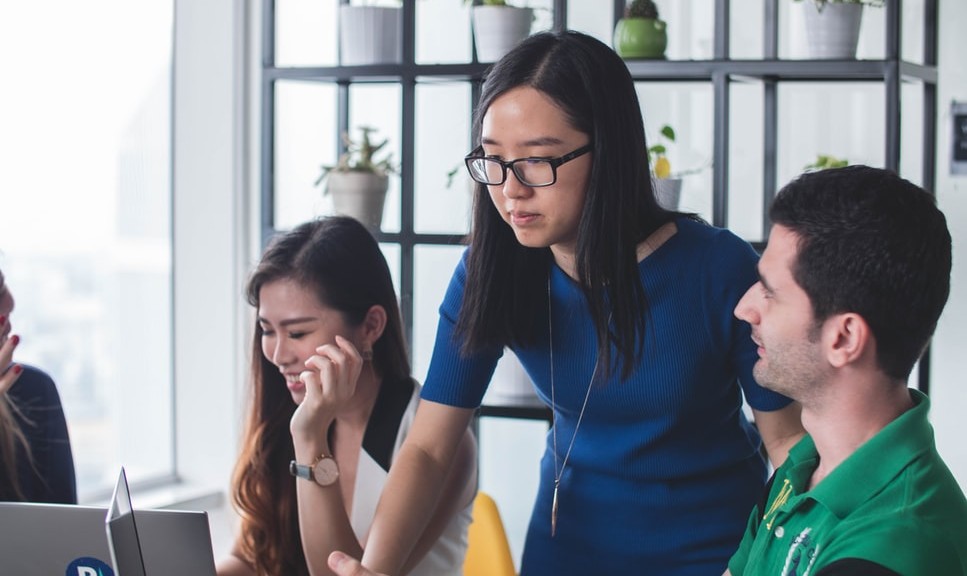 We all know what an asset it is in the current job market to be able to code in three different programming languages, speak fluent Mandarin or be an expert in data analysis, but the benefits of being able to communicate effectively, manage your time or lead a team without alienating everyone are not always so clear.

Although they’re more difficult to measure and quantify, these types of skills, known as soft skills, are incredibly valuable in the workplace. In fact, as technical skills become harder to find, more and more employers are looking for candidates with desirable soft skills.

What are soft skills?

Soft skills are the personal attributes, character traits and other non-technical abilities that dictate how you work with other people and behave in a professional environment. While some skills might come to you naturally – for example, you might be a warm, friendly and skilled communicator – you may have to learn other skills such as time management or the ability to lead a team effectively.

Although technical abilities, or hard skills, are easy to define and measure, soft skills are much more difficult to quantify. A master’s degree in computer programming is an objective measure of someone’s proficiency in computer programming that will be understood by people in the relevant field. An ‘excellent communicator’, on the other hand, is completely subjective, and one person’s ‘excellent communicator’ might be another person’s office gossip.

But while they might be difficult to measure, that doesn’t make soft skills any less valuable, or any less worthy of a prime spot on your CV.

How many of us really have an accurate idea of what our soft skills are? Without getting too philosophical, our perception of ourselves is rarely anything like the perception other people have of us, so when it comes to gauging our soft skills, where does the reality lie?

To understand your soft skills, you need to gain self-awareness of your strengths and the areas where there’s still plenty of room for improvement. Given the chasm that often exists between our perceptions and reality, it’s best to ask friends, colleagues and even family members for help creating a list of the soft skills that apply to you. If they can also provide specific examples of when you have used that soft skill, then it may help you identify skills you had not considered before.

Can you think of a time in your career when the following soft skills helped you accomplish something?

Showcasing your soft skills on your CV

Once you have a list of your soft skills and examples of how they have helped you achieve something in the workplace, it’s time to update your CV. When deciding which soft skills to include on your CV, make sure they match up with the skills the employer is looking for. If soft skills are described in the person specification, include those that apply to you on your CV. If none are listed, think about the qualities you think would be important for the role and include the skills that you have.

Find your next bilingual role

At Linguistica Recruitment, we can help you showcase your soft skills in the right way so you can find your next bilingual role. Take a look at our current vacancies, submit your CV or give us a call on 02392 987 765 to discuss your requirements with our team.